Adobe has today rolled out a new update to its Adobe Reader application for both Android and iOS devices, which brings with it support for storing documents within the cloud at Acrobat.com.

The new cloud feature added to the Adobe Reader application enables you to access documents from almost any device. For instance if you are reading a PDF on your desktop computer and need to leave for urgent business, you can now save the PDF document to the cloud and then access it from your mobile device. 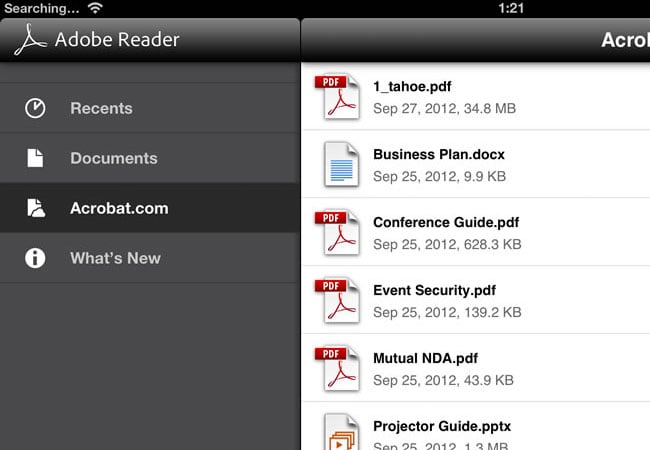 Any comments you make on the document will automatically be sent back to the cloud from your mobile device for later access from another system. Adobe is also hoping to add plenty of other features to the application over the coming months, and is now looking for user help to prioritise the next features which are added. Adobe explains:

“We’ve enhanced our forms interactivity in this release as well. We introduced Field validation, calculation, and formatting on iOS in the summer, and have added it to our Android version in this update. It wasn’t ready on Android back in July, and we didn’t want to make everybody wait, but now both iOS and Android are caught up! We also added support for Field Hierarchies as well.”

For more information and to read the Adobe press release, jump over to the Adobe blog for more details. The new Android application is already available to download from the Google Play store, however the iOS application is still awaiting approval by Apple before it is released into the iTunes App Store.