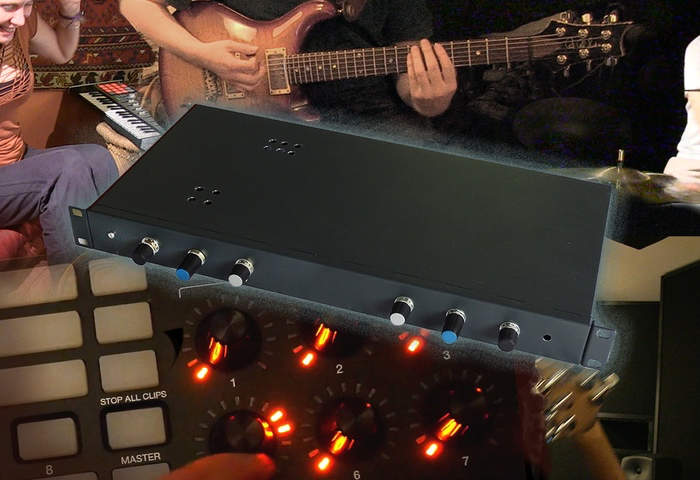 Musicians looking for a way to add authentic synthesiser effects to any instrument, may be interested in a new piece of hardware which has been created and developed by Derek Dearden based in London and has been named the Anatron.

The Anatron has been launched via Kickstarter this week to raise the £12,000 it requires to make the jump into production and is available to back with pledges starting from just £215 for super earlybird backers.

Derek explains a little more about the inspiration and development of the musical hardware.

A revolutionary new concept in Music Effects processing – from two of the engineers behind Classic Rock Sounds of the 70’s and 80’s. Developed by veteran audio design engineer Derek Dearden in collaboration with multi-Platinum record producer Paul Northfield, the Anatron adds authentic analog tone and sonic effects to the sound of any instrument or melody line, or to a complete mix.

The audio signal path is 100% analog, and features a versatile resonating filter to add dramatic synthesizer-style modulations to any soundtrack, live or recorded. There is a vacuum tube stage with variable drive, adjustable from the most subtle barely-perceptible warmth all the way to screaming even-harmonic distortion.

This means that you get the best of both worlds: genuine analog sound quality, and accurate instantly available preset recall. It can be controlled from any device that can generate MIDI messages :

–  a MIDI master keyboard,
– or a MIDI controller,
– a Digital Audio Workstation,
– a custom software program,
– an iPad or iPhone using an interface built in an app such as MIDI Designer.