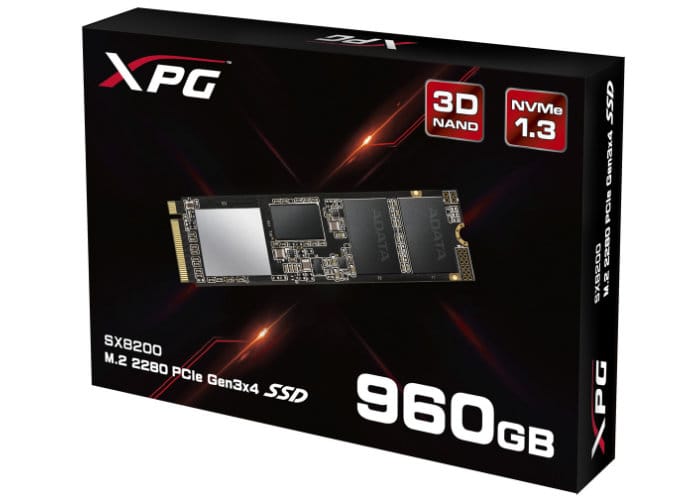 ADATA XPG has this week announce the launch and availability of its new Gaming SX8200 PCIe M.2 2280 SSD, the company’s fastest consumer solid state drive (SSD) to date. The compact M.2 2280 form factor and uses the ultra-fast PCIe3x4 interface to deliver up to 3200MB/s read and 1700MB/s write speeds. Making it a great choice for gamers, over clockers and PC DIY enthusiasts looking for “unsurpassed performance”.

Equipped with the latest second-generation 64-layer 3D NAND Flash for improved reliability the ADATA Gaming SX8200 PCIe M.2 2280 SSD is available in three capacities 240GB, 480GB, and 960GB all of which come with an extended 5-year warranty.

Unfortunately, no information on pricing or worldwide availability has been released as yet by ADATA XPG for the SX8200, but as soon as they are we will keep you updated as always. In the meantime jump over to the official ADATA XPG website for full specifications.