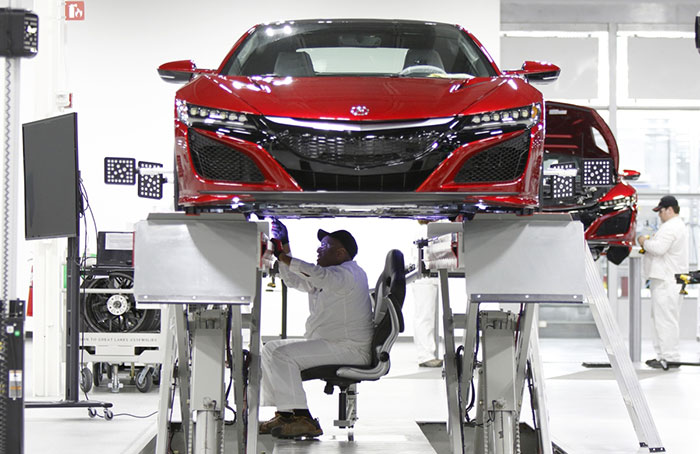 If you are the sort of person who loves cars, you probably already know that Acura is bringing back the famous NSX. Acura recently announced that the NSX serialized production will be kick off in late April 2016. The first customer deliveries will start at some point after production begins.

Acura hasn’t offered a firm time frame for deliveries to begin. The exclusive global manufacturing center for the NSX is dubbed the Performance Manufacturing Center (PMC) and all NSX cars will be made here. PMC will be where the car is constructed, painted, assembled, and quality confirmation will be performed.

Trial production is currently underway at the PMC and some of the high tech construction methods being used there include precision robotic welding technology, in-line quality confirmation, and more. The NSX will be powered by a 75-degree twin-turbo V6 engine built at the Acura Anna, Ohio engine assembly plant. That engine is a 3.5L dry sump unit hand assembled at the engine pant. Each engine takes over six hours to assemble. Each of those engines is machine balanced, bench tested, and broken in to the equivalent of 150 miles of service to ensure the NSX is ready to hit the track at delivery.