Acer announced a new budget Android tablet at CES last week, the Acer Iconia B1 which will retail for $129, and now the company has launched an even cheaper tablet in China, the Acer Tab 7. 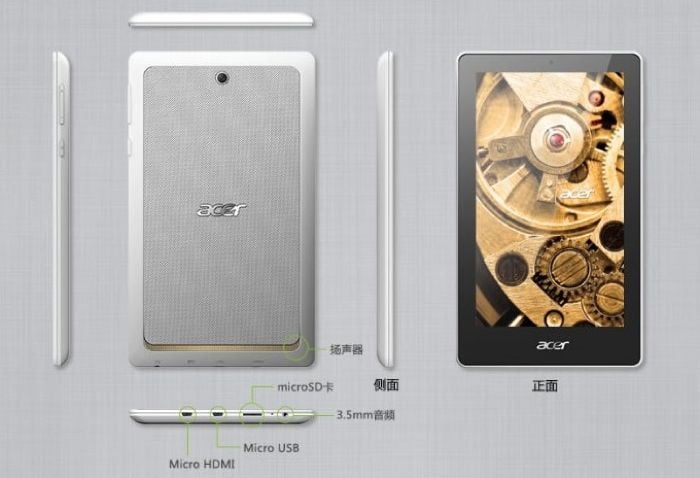 Other specifications on the Acer Tab 7 include Android 4.2 Jelly Bean, and a dual core 1.5GHz Cortex A9 processor, plus 1GB of RAM.

The tablet also features 8GB of built in storage, plus a microSD card slot for additional storage, it comes with a 3,000 mAh battery.

The Acer Tab 7 comes with a VGA camera on the front and a 1.9 megapixel camera on the back, there is also Micro HDMI, Micro USB and a 3.5mm audio dock.

As yet there are no details on whether the Acer Tab 7 will be sold outside of China, as soon as we get some more details, we will let you guys know.