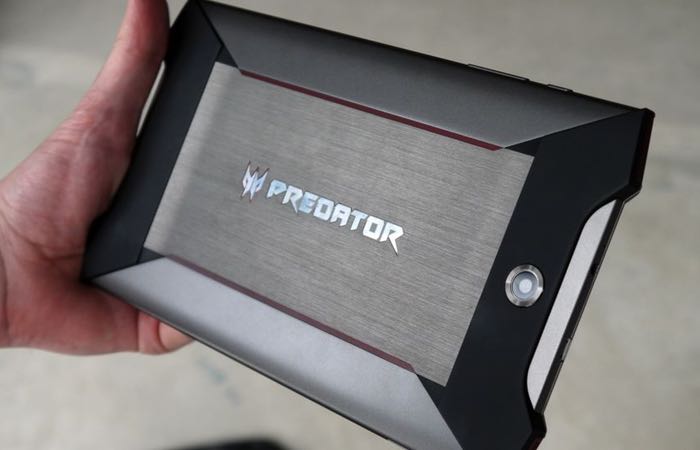 Acer first unveiled their new Android gaming tablet in the form of the Acer Predator back in April of this year and now during Computex 2015 in Taiwan this week the company has unveiled a few more details about the Android tablets specifications and hardware components.

The Acer Predator is powered by a Intel Atom x7 64-bit, quad-core processor other wise known as Cherry Trail, and is equipped with an 8 inch display fitted with four front facing speakers.
The inclusion of the new Intel Atom x7 will mark the first time it has been used with Google’s Android operating system and is the same processor that Microsoft has used for its Surface 3 Windows tablet.

Acer is expected to launch their new Predator gaming tablet sometime within the next couple of months and have equipped it with a Gen8 Intel graphics processor. But as yet Acer have not released any details on pricing or worldwide availability.