It looks like Acer has another new Android smartphone in the works, the Acer Liquid S2 which was revealed in a recently leaked roadmap. The handset will apparently feature a 5.98 inch full HD IPS display with a resolution of 1920 x 1080 pixels.

The Acer Liquid S2 will come with a 2.3GHz processor, although there are no specific details on which processor it will use, it could well be a quad core Qualcomm Snapdragon 800 processor. 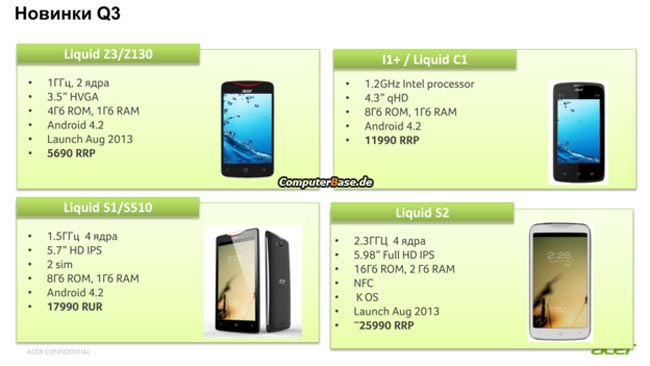 The Liquid S2 will also feature 2GB of RAM and 16GB of built in storage, plus NFC, the handset could be launched some time in August, as soon as we get some more details we will let you guys know.