Acer has yet to officially announced the new Iconia Tab A20 Android tablet, but now the device has appeared online in what looks like and official advert from Acer, and we get a brief look at the device. 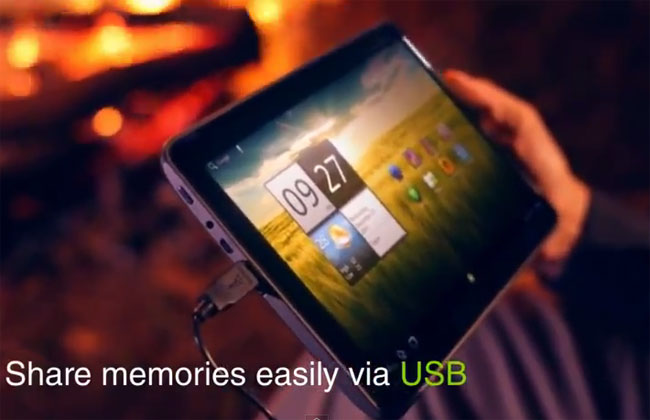 We don’t have the exact specifications as yet, although it is expected to feature a dual core  NVIDIA Tegra 2 processor and come with a HD display with a 1280 x 800 resolution.