Acer first unveiled their new Aspire S5 Ultrabook back in CES at the beginning of the year, but specifications for the new Ultrabook were still kept under wraps.

Now Acer has released the specifications for the Aspire S5 that will be arriving in the last week of June 2012 for around $1400. The Acer Aspire S5 boasts being the worlds thinnest Ultrabook measuring just 0.44 inches at its thinnest spot and 0.59 at the thickest, and weighs just 2.65 pounds. 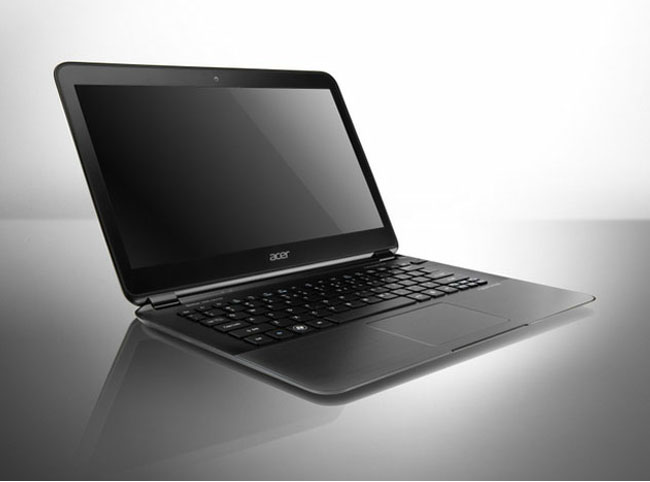 The Acer Aspire S5 is equipped with a 13.3-inch widescreen LED backlight display with a resolution of 1366 x 768, and will support up to three displays.

The Aspire S5 is powered by the latest Intel Core i7-2517U Ivy Bridge processor, supported by 4GB of RAM. Storage is provided by a 256 GB solid-state drive (SSD) and the Ultrabook features an instant on, booting in less than 1.5 seconds.

The Acer S5 will be preloaded with Windows 7 Home Basic, Professional or Ultimate, depending on your needs and will be priced at around $1400.