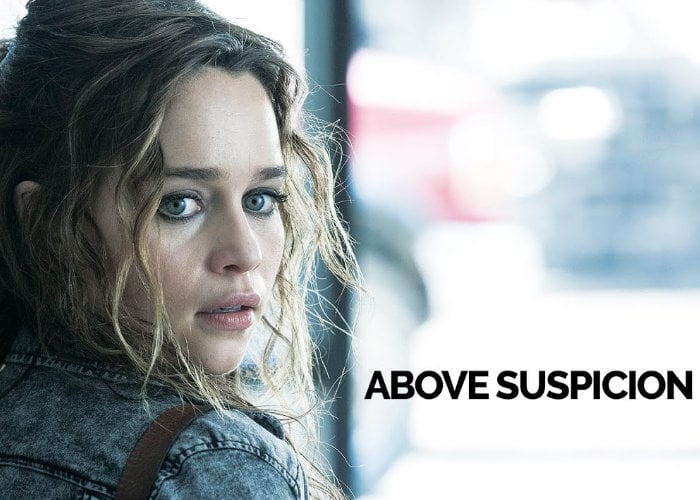 A new Above Suspicion movie trailer has been released by Lionsgate Movies this week providing a further glimpse at what you can expect from the new film that will premiere in select theatres and on demand in a few months time on May 14, 2021. Based on the true story of one of the most notorious crimes in FBI history, this gritty crime-thriller stars Emilia Clarke (“Game of Thrones”) as Susan Smith, a young woman desperate to escape a seedy life of crime and drugs in a Kentucky coal mining town.

“When a newly minted FBI agent named Mark Putnam (Jack Huston, “Fargo”) recruits Susan as his informant for a high-profile case, she believes her bad luck may finally be changing. But as Susan and Putnam’s relationship deepens, so does the danger, setting them both on a collision course with deadly consequences.”