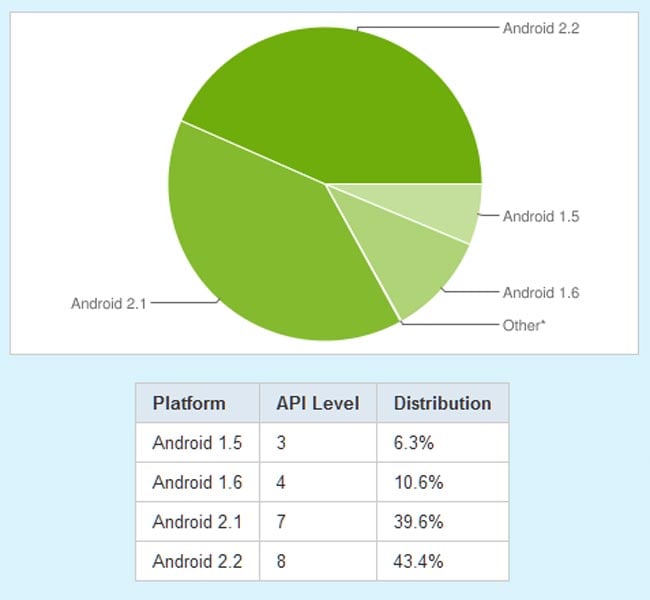 Obviously these figures will change soon when Google release the next version of their mobile OS, Android 2.3 Gingerbread, we are still waiting to hear from them when this will be available.

Android Developers via The Next Web