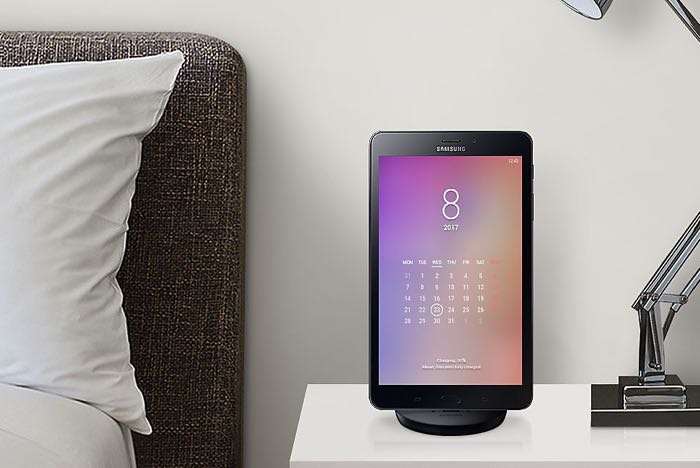 We have bee hearing rumors about a new 8 inch Samsung Galaxy Tab A over the last few weeks. The tablet is now official and Samsung has announced the device in Vietnam. The new 2017 Galaxy Tab A comes with Android 7.1 Nougat.

The 8 inch Samsung Galaxy Tab A is equipped with an 8 inch TFT display and the tablet is powered by a by a quad core processor and it comes with 2GB of RAM. There is also 16GB of of storage built in and if you need some extra storage, there is a microSD card slot for expansion.

The new Samsung Galaxy Tab A is equipped with a 5000 mAh battery and Samsung says that this will give you around 15 hours of Internet usage over WiFi or LTE. The tablet comes with WiFi, Bluetooth 4.2, WiFi Direct, a 3.5mm headphone jack and a microUSB 2.0 port.

The new 2017 8 inch Samsung Galaxy Tab A will retail for the equivalent of $285 in Vietnam. As yet there are no details on when the tablet will launch in other countries. As soon as we get some details on when it is coming to the US or Europe, we will let you guys know.