If you participated in the recent Battlefield 3 open beta you will undoubtedly of added a few shots to the 47 billion that were recorded during the gameplay by EA. That together with some other amazing numbers have now been released by EA today, revealing some of the staggering statistics that were amassed during the short open beta gameplay. View an infographic after the jump detailing a few more. 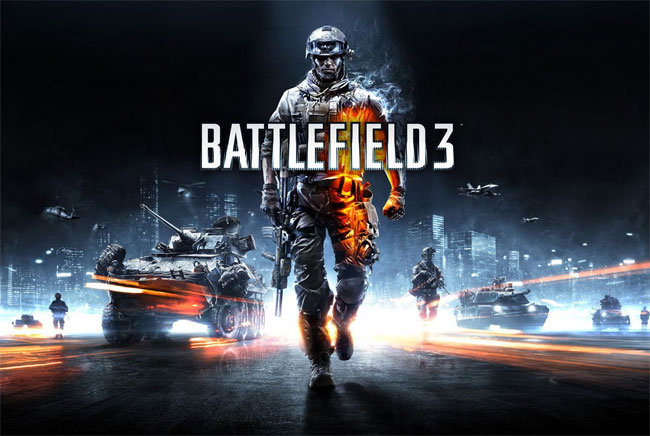 Some intrepid sniper set a fantastic record of taking a player down from 635.6 m away, which is just an incredible distance, and other statistics generated by the 8,125,310 players include the destruction of 21 million, communication stations. 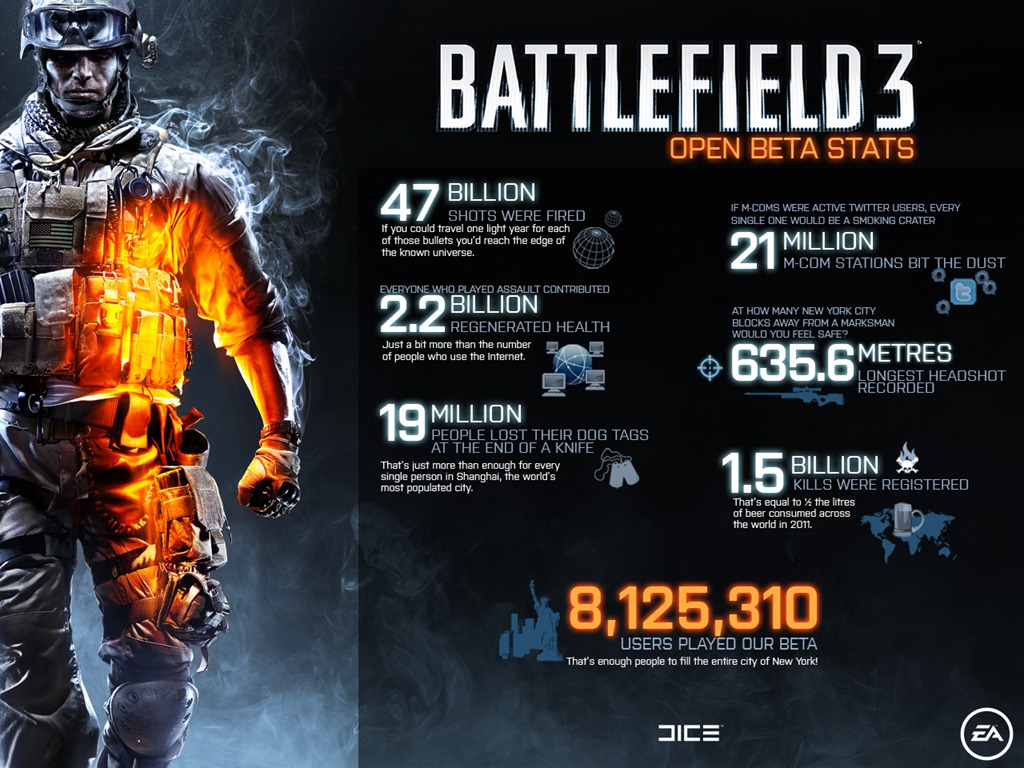