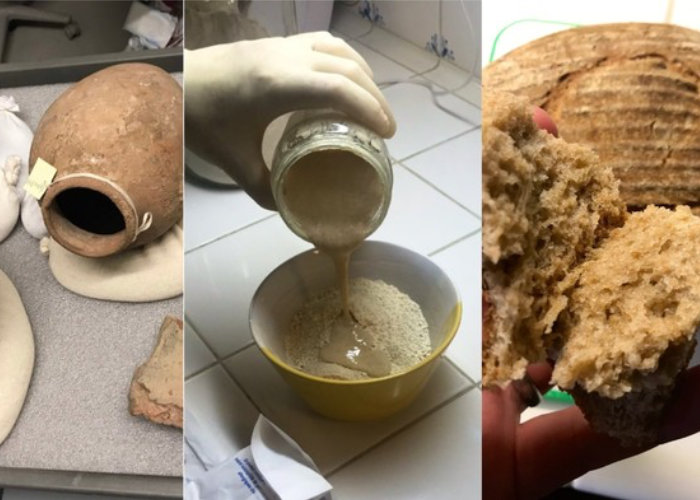 Physicist and video game designer Seamus Blackley has this week tweeted he has baked bread using yeast recovered from a €4000 old Egyptian pot and it tasted delicious. Spores of yeast were extracted from the ancient Egyptian pottery straight to the finished loaf.

With the guidance of microbiologist Richard Bowman of the University of Iowa and archeologist Serena Love of the University of Queensland Blackley travel to the Boston Museum of Fine Arts and Harvard’s Peabody Museum to collect the yeast samples from the ancient Egyptian pottery and use them in the baking process.

“The bread eaten by ancient Egyptians is a lot different than what we eat today, but Blackley has been working to recreate it. He had already taught himself how to bake sourdough with freshly milled Barley and Einkorn, ancient grains that few modern people still use, which he also documented on Twitter. But there was one crucial ingredient he couldn’t get at any supermarket: ancient yeast.” Explains the article on Vice.

For more details jump over to the Vice website or Seamus Blackley’s Twitter feed for full details of the baking process and what was involved.

Two weeks ago, with the help of Egyptologist @drserenalove and Microbiologist @rbowman1234, I went to Boston’s MFA and @Harvard’s @peabodymuseum to attempt collecting 4,500 year old yeast from Ancient Egyptian pottery. Today, I baked with some of it… pic.twitter.com/143aKe6M3b