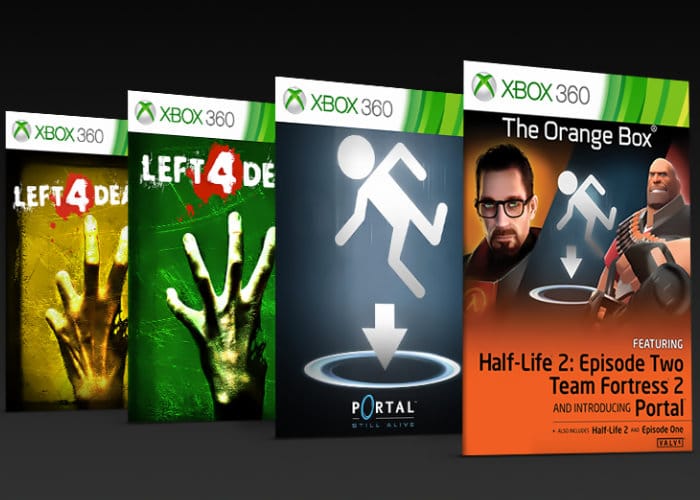 Valve and Microsoft Today announced that the classic Half-Life 2: The Orange Box, Portal: Still Alive, Left 4 Dead, and Left 4 Dead 2 games are now available via the Xbox backward compatibility program as well as providing gamers with support for Xbox One X enhanced features.

There are now a total of 21 Xbox One X Enhanced Xbox 360 games for Xbox One X gamers to enjoy. With Xbox 360 games enhanced for Xbox One X running at a higher resolution and 9X the original pixel count. “The power of Xbox One X enables the Xbox 360 emulator to showcase the very best version possible with the existing assets—all without touching the game code”Explains Microsoft.

“The Backward Compatibility program has quickly become a hallmark feature of the Xbox family, and we love seeing people discover (or rediscover!) games they may have missed the first time around. Gamers have played over 1 billion hours of Xbox 360 and Original Xbox games on Xbox One – and we think our new release is only going to keep that momentum going.”