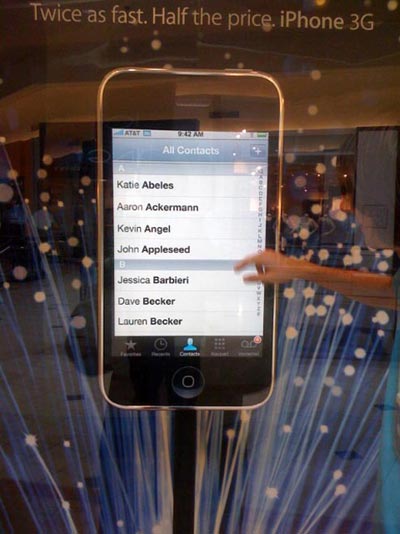 People visiting Apple Stores later today will see the the above advert with the tag line ‘Twice as fast. Half the price. iPhone 3G’, in the form of a giant iPhone display.

I wonder if anyone else feels like I do after seeing the advert, I can now buy a new iPhone which is twice as fast as the one I bought 8 months ago when they were released in the UK for half the price I paid.

Actually the new 16GB iPhone will cost me £59 on the contract I am on, which is a whole £210 cheaper than what i paid last November, which leaves me feeling slightly cheated by the 1st iPhone deal.

Don’t get me wrong, I shall be there on Friday morning, picking up my new 3G iPhone.