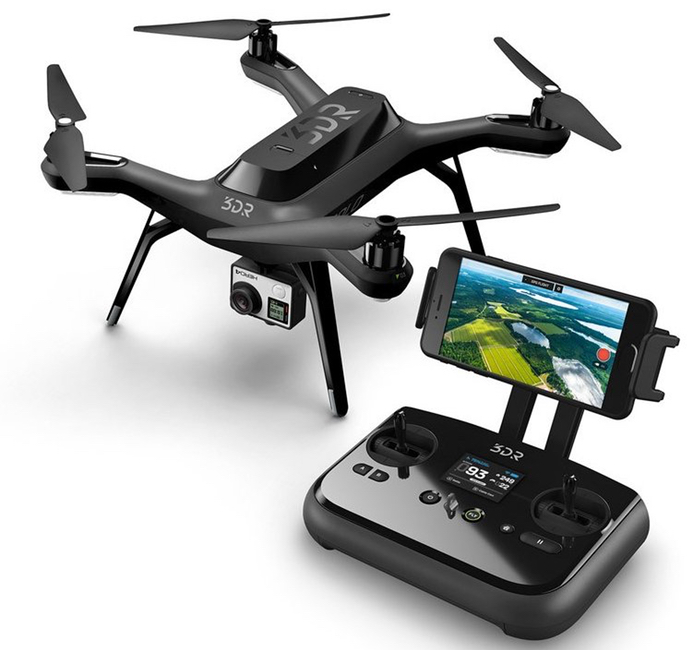 This week 3D Robotics have unveiled their new 3DR quadcopter that is being marketed as the worlds first smart drone and is equipped with dual Linux processors as well camera mount that is capable of providing unprecedented GoPro control.

The new quadcopter was unveiled at the National Association of  Broadcasters conference in Las Vegas and pricing will start at $999. But if you require 3DR’s advanced camera-stabilising gimbal that has been designed to provide direct control of your GoPro action camera you will need the $1,399 model. 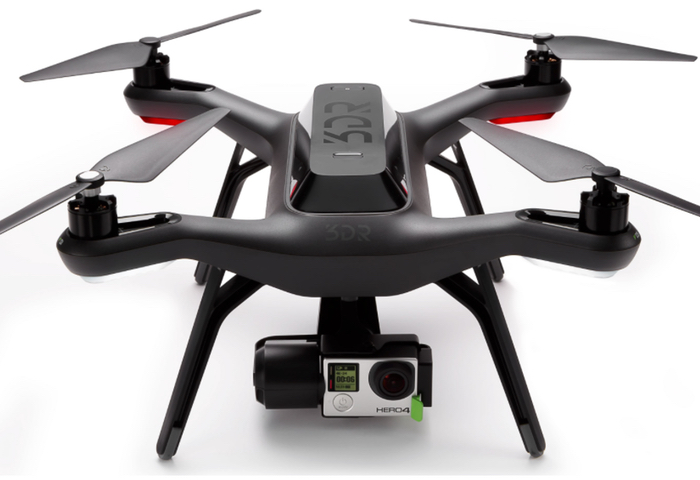 The 3DR supports the HERO 3, 3+ or 4 action cameras and the camera can be controlled using the 3-axis gimbal. Chris Anderson, CEO 3D Robotics explains more about the 3DR Solo quadcopter :

“Solo is a breakthrough in intelligent flight. It’s not just smarter so that it can do more; it’s smarter so that you have to do less. We’ve turned the Hollywood toolkit into software, and allowed everyone to experience epic video, both behind and in front of the camera.

SoloTM provides a best-of-breed flight experience and unprecedented ease of use by tapping the processing power of twin Linux computers, technology that has enabled 3DR to make radical breakthroughs in autonomous flight and camera control. As the first drone designed with every aspect of the photographer’s experience in mind, Solo can define its own flight, freeing users to focus on getting the shot. This intelligent drone is also the first to support full control of GoPro cameras and deliver live-streaming HD video straight to mobile devices or through the controller’s HDMI port.”

For more information on the new 3DR Solo quadcopter jump over to the 3D Robotics official website for details via the link below.