Anyone who enjoys tinkering with electronics and also enjoys playing air hockey is sure to enjoy this awesome air hockey robot which has been created using a modified 3D printer. 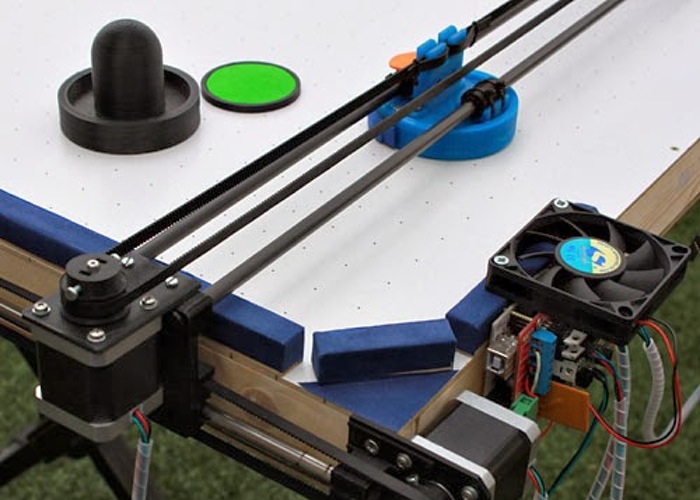 As you can see from the video below the robotic air hockey system is very responsive and provides a formidable opponent to try and beat. Its creator explains a little more about the inspiration behind building this very unique and extremely awesome project using 3D printer parts. 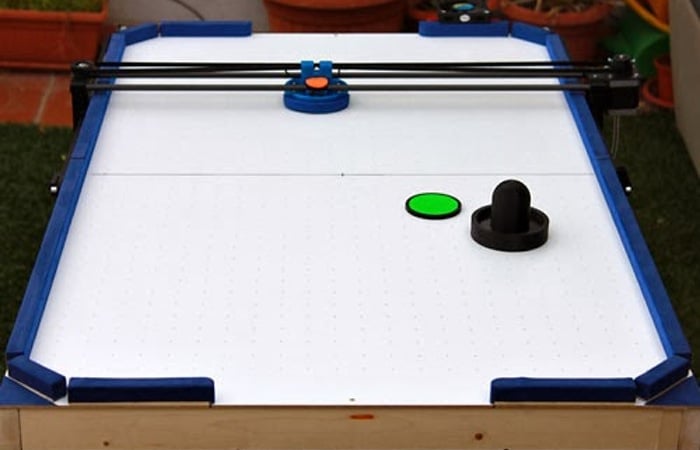 “Everything started when I built my 3D printer. First, the posibility to design and build my own parts and second, how could I hack the components of a 3D printer to make something different? I have seen several interesting projects of robots that paint or manufacture PCBs, etc … but I was looking for something different…

My daughter loves the Air Hockey game and I love robotics so one day an idea born in my mind… can I construct…??… Mmmmm …. it seemed very complicated and with many unresolved questions (puck detection??, robot speed??), but that is also part of the fun…”

If you are interested in making your very own robotic air hockey robot or would like to learn more, all the information you require with full instructions are available over on the Ciencia y cacharreo webiste. Enjoy!