If you are a fan of the Italian open source Arduino platform you will be pleased to know that a new line of products and services which they have just added to their range in the form of a Arduino Ethernet and the Arduino Mega ADK.

The new Arduino Mega ADK is Arduino’s take on the recently released an Arduino-derived open source accessory development kit (ADK) for Android phones and tablets, which has just been released by Google. The new board consists of a Arduino Mega 2560 with the addition of a USB Host chip that communicates with the phone and a powerful power supply capable of charging the connected phone. 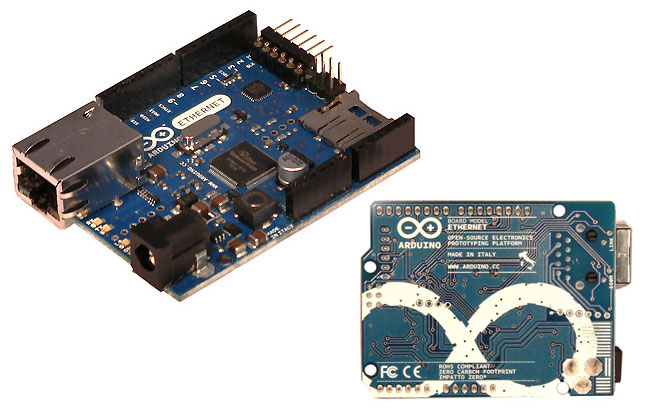 The new Arduino Ethernet combines a regular Arduino board with the Ethernet Shield to allow developers to add ethernet connectivity and can be fitted with an optional module, which will allow it to be powered directly from the ethernet cable using a standard called “Power over Ethernet“.

For more information on the new Arduino Ethernet And Android Arduino Mega ADK, together with other optional modules which can be added to provide additional functions jump over to the Arduino website. The ADK is available for €59 ($83), Arduino Ethernet  €39.90 ($56) and €14.90 ($21) for the optional PoE module.