We have been hearing a number of rumors that Google are getting ready to launch a 32GB version of their Nexus 7 tablet, the device is rumored to replace the existing 16GB model.

Yesterday the 32GB Nexus  7 appeared at an online retailer, and now it has been spotted in the Christmas gift guide of UK retailer Argos, the guys from the Next Web spoke to Argos and were told that the device would be available around Christmas. 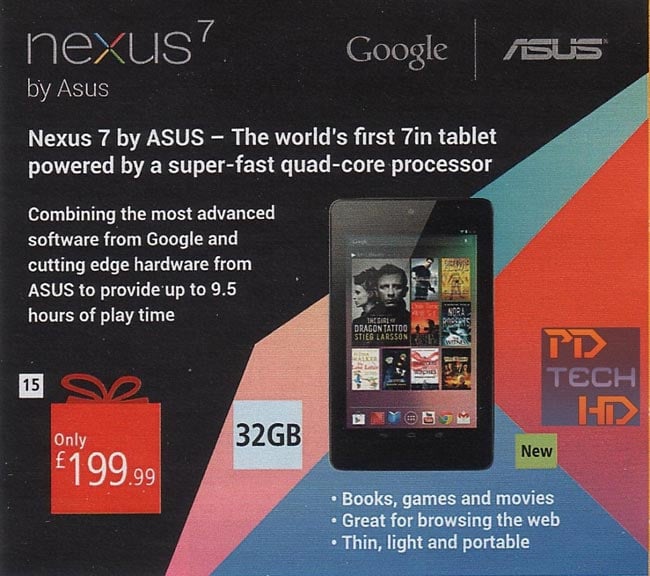 So from everything we have seen over the last few weeks it looks like Google will be replacing the 16GB Nexus 7 tablet with a 32GB version for the same price as the 16GB model currently retails for.