Google was expected to unveil  new 32GB Nexus 7 tablet at their Android event today, the event has now been cancelled due to Hurricane Sandy, but the 32GB Nexus 7 was spotted on the weekend at an Office Depot store.

Joe Wilcox from Beta News, snapped the following photo of the 32GB Nexus 7 which was on sale at his local office depot, and the tablet was priced at $249.99 which is what Google previously sold their 16GB model for. 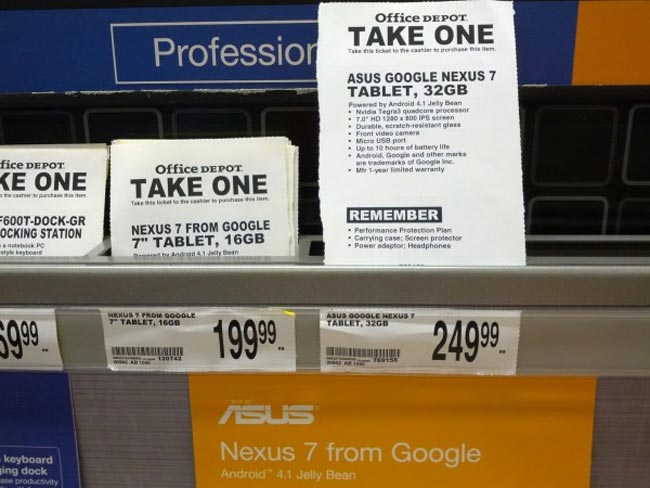 According to the details that were available in the store where the Nexus 7 was on sale, the device comes with Android 4.1 Jelly Bean and not the Android 4.2 that had previously been rumored.