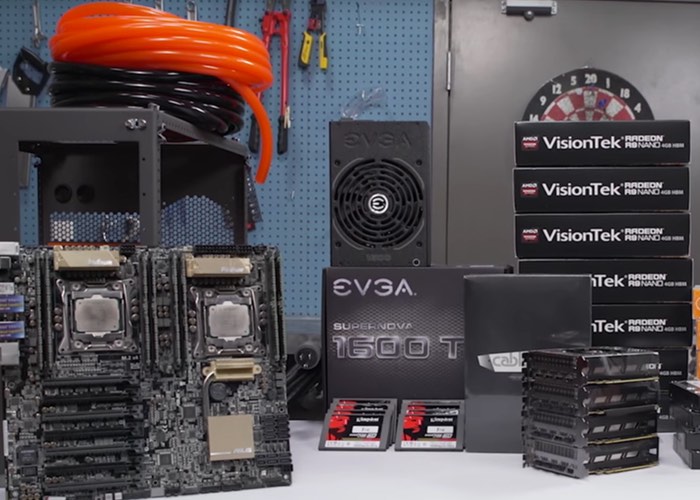 If you have ever fancied building your ultimate gaming PC, you might take inspiration from a new virtualised gaming rig which has been created with the help of Kingston, which would cost just under $30,000 to create.

As you can imagine there is some serious PC hardware under the hood of this gaming rig, which is capable of allowing seven gamers to play Triple-A games at high graphic performance levels. To learn more about this expensive gaming PC watch the video below.

YouTube LinusTechTips took on the task to create the awesome gaming PC, which is available to view at this year’s CES 2016 event on the Kingston stand. So if you are nearby this is definitely worth checking out if you are into your gaming hardware.

Hardware specifications for this $30,000 gaming PC include :