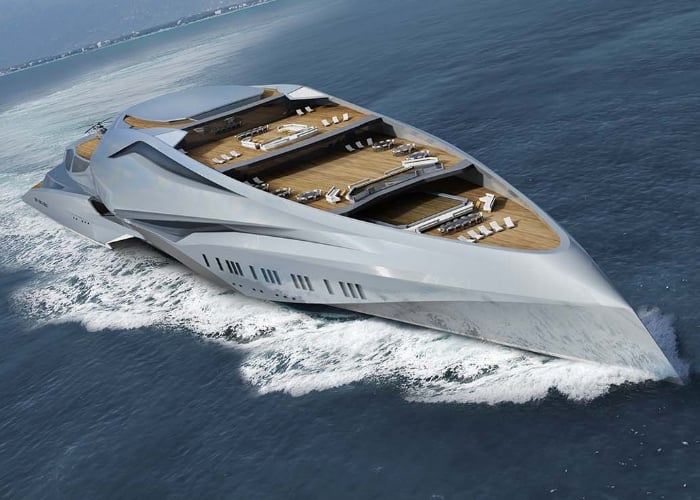 Anyone considering upgrading their luxury motor cruiser might be interested in the new 229m or 751ft Valkyrie megayacht, which if built would become the worlds largest yacht. Smashing the previous record of 180 m or 592ft currently held by the Azzam yacht owned by Khalifa bin Zayed Al Nahyan of the United Arab Emirates. 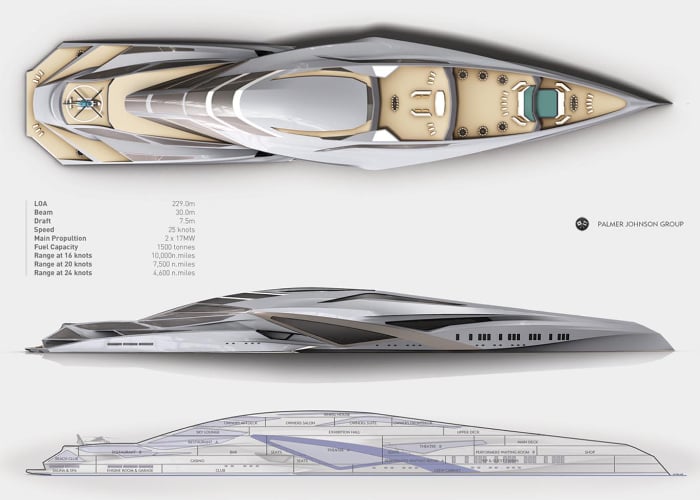 If built, the 229-meter (751-ft) Valkyrie would become the largest in the world, easily outstripping the 180-m (592-ft) owned by Khalifa bin Zayed Al Nahyan of the United Arab Emirates. Park tells us the Valkyrie is much more than a student project, and that it was deeply researched and benefitted from cooperation with the Palmer Johnson team.” 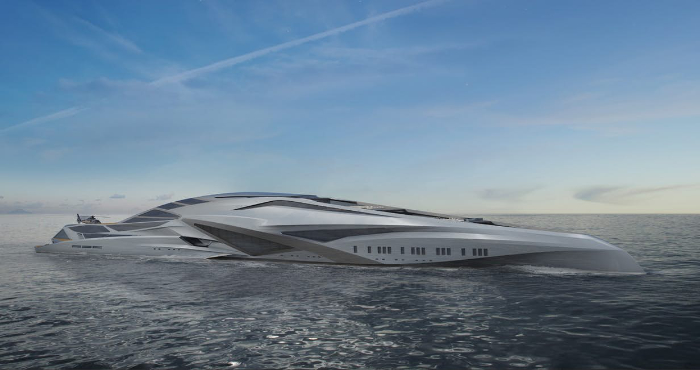 The Trimaran yacht concept named ‘Valkyrie’ that has been conceived as a thesis project of Chulhun Park supported by Palmer Johnson at Royal College of Art London. The yacht-building giant then took Park on full-time, where he became a senior designer before moving onto Latvia’s Latitude Yachts as its chief designer.

Luxury inclusions of this yacht comprises of bars, an exhibition hall, spa, casino, club, theater, and a restaurant. Honestly, a yacht owner cannot ask for more on this huge floating architecture. It’s just like having your own private world on water. It challenges the usual mono hull design and brings to limelight a Trimaran hull which lessens the drag while cruising at high speeds. The design also promises a considerable increase of 25-30% in exterior and interior areas of the yacht. This is just a concept at this point in time, but we are pretty sure that some filthy rich blokes like Roman Abramovich will commission it to expand their fleet.