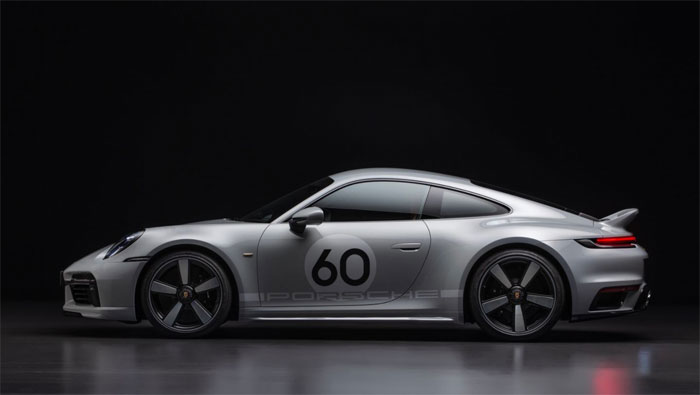 Porsche has announced the return of one of its iconic models for 2023, called the 911 Sport Classic. A hallmark of the design for the limited-edition vehicle is a ducktail spoiler meant to pay tribute to the 911 Carrera RS 2.7 from the early 1970s. Porsche plans to build 1250 examples for the entire world.

The Sport Classic is based on the 911 Turbo S featuring that car’s widebody. However, one of the most exciting aspects is that the car is only available with a seven-speed manual transmission and rear-wheel drive. Its 3.7-liter twin-turbo flat-six engine produces 543 horsepower and 442 pound-foot of torque.

Porsche says the Sport Classic is the most potent 911 with a manual transmission available. Other standard features include Porsche Ceramic Composite Brakes, Porsche Dynamic Chassis Control, Rear Axle Steering, and the Sport Chrono Package. Pricing is unannounced at this time but will be revealed closer to launch.