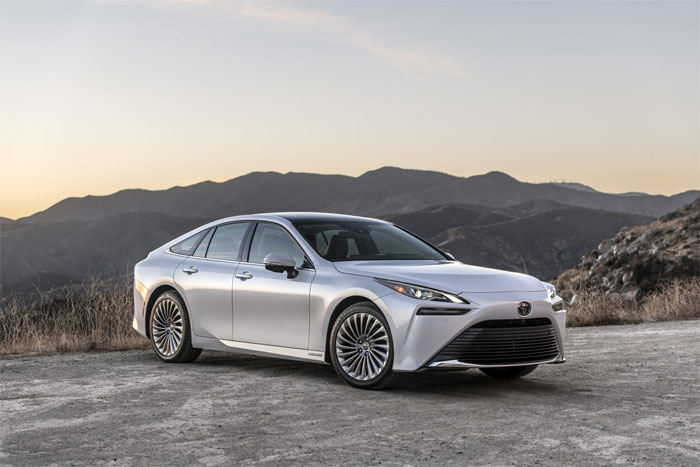 Toyota has officially confirmed pricing on the 2022 Mirai hydrogen fuel cell vehicle. The car maintains its quirky style and promises up to 402 miles of driving range on the XLE grade. Toyota’s Mirai offers some alternative to the traditional battery electric vehicle by utilizing hydrogen and a fuel-cell propulsion system to deliver zero-emission driving.

The vehicle landed at Toyota dealerships in December. The cars are built on the rear-wheel-drive GA-L platform and is a mid-size luxury sport sedan. Toyota says the RWD configuration allows it to increase the hydrogen storage capacity compared to the first-generation model.

The 2022 model has standard Toyota Safety Sense 2.5+ and standard Blind Spot Monitor with Rear Cross Traffic Alert. One of the biggest benefits of the Mirai is that it comes with a $15,000 credit for hydrogen fuel, whether purchased or leased. The biggest downside to the vehicle is that the hydrogen fueling infrastructure is extremely limited. The base XLE has a starting price of $49,500, and the Limited starts at $66,000.