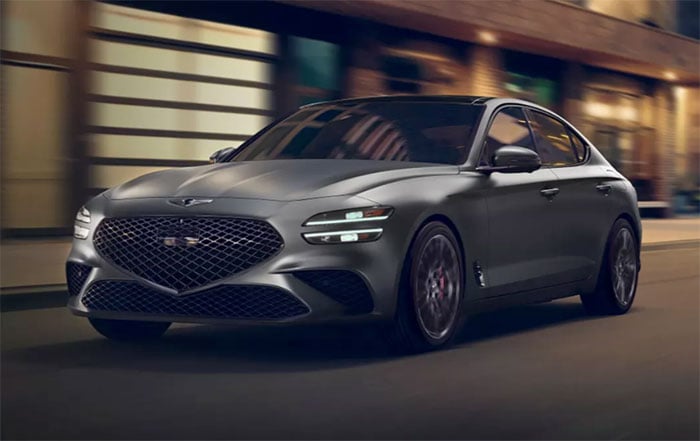 Genesis is a luxury automotive maker that recently revealed the 2022 Genesis G70 Launch Edition without so much as an official press release. The Korean luxury automotive maker launched the model on its website last weekend with a link to reserve one of the 500 Launch Edition sedans it plans to build. If you’re unable to get one of the 500 special versions, don’t worry its essentially the same as the standard G70.

The Launch Edition is only available with the twin-turbo 3.3-liter V-6 engine paired with an eight-speed automatic. Buyers can choose rear-wheel or all-wheel drive and one of two exclusive paint colors. Launch Edition colors include Melbourne Gray or Verbier White, which are both matte finished colors.

The cars also get 19-inch wheels and an exclusive obsidian black and sevilla red interior. Exactly which options are available on the vehicle is a bit of a mystery, but it’s likely to have pretty much everything available. Other than the exclusive matte colors, anyone can order a similarly outfitted G70.