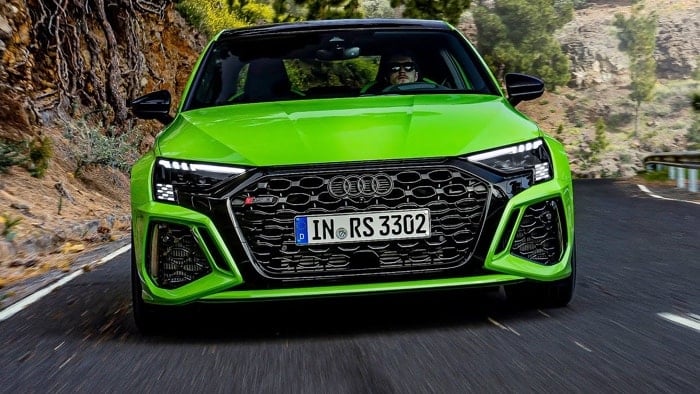 The new 2022 Audi RS3 was made official earlier today, we have already seen a number of photos of the car and now we have a video.

The car will be available in both Sedan and Sportback models and it can be seen in action in the official video from Audi below.

The new Audi RS 3 offers driving dynamics on the highest level and optimum values in its segment. With a 400-hp five-cylinder engine that generates 500 Nm of torque, the car ensures quick acceleration and highly emotional sound. This is the first Audi ever to include the RS torque splitter, which variably distributes the torque between the rear wheels. In terms of looks, the RS 3 demonstrates its sporty genes with a widened body, the RS sport exhaust system and cockpit displays resembling those used in motorsport.

From 0 to 100 km/h in 3.8 seconds, up to 290 km/h top speed, RS Torque Splitter, semi slicks, and specific RS driving modes – the new Audi RS 3 offers driving dynamics of the highest caliber and the best numbers in its segment.