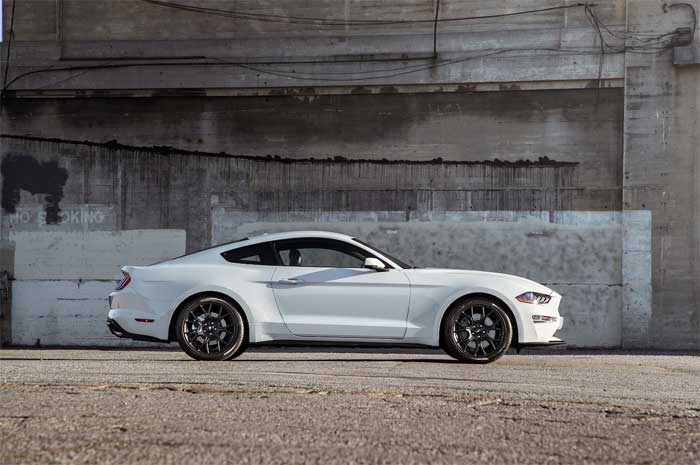 The gang over at MotorTrend has spent some time looking into the crystal ball for what we can expect to see with the 2020 hybrid Mustang that Ford has confirmed. We know that Ford promises efficiency with V8 levels of performance and torque. What does that mean though?

Speculation suggests that the most likely powertrain is the Mustang’s current 2.3L EcoBoost four combined with a hybrid system. The expectation would be more than the 310hp and 350 lb-ft of torque that engine is tuned for now. Considering the 5.0L V8 makes 460hp, it better have a lot more than those ratings if this comes to be.

The more interesting possibility is the hybrid powertrain form the coming Focus RS packing a 2.3L four and mild hybrid system. This could be tuned to around 400hp and 400 lb-ft of torque according to MT. That would be nice, but not quite GT levels or power. This is to be expected as the hybrid won’t out power the GT. We have a long time to go before any official details are unveiled so this is the best we have for now.