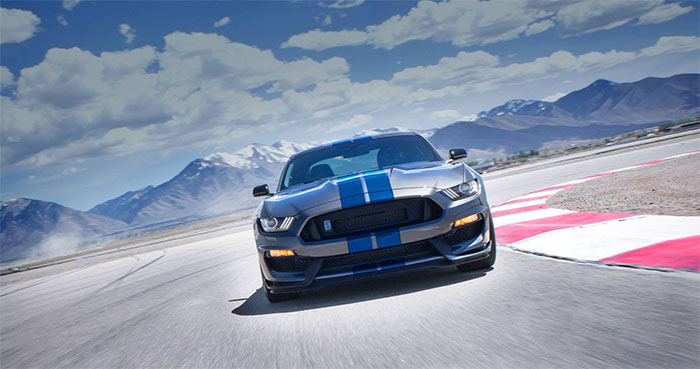 In recent years Ford hasn’t been one to let its Mustang get stale in the looks department. While the new Mustang has only been around a few model years, it’s getting an update for the 2018 model. All we have seen so far are heavily camouflaged version and the indication is new taillights and headlights.

Some new details on other options that will be coign for the 2018 model have turned up thanks to a dealership employee with some time on their hands. For 2018 the Mustang will reportedly get a 10-speed automatic, which should help in the fuel economy department. No word on if that 10-speed will be a paddle shifted option.

One notable loss is that there is no V6 engine offered, the EcoBoost four and V8 are the only options listed. A Performance Pack 2 is listed, but what that has we don’t know. Dual outlet active exhaust is also tipped as an option. Grabber Blue is discontinued, but Orange Fury and Royal Crimson are new colors and the car will get optional MagneRide dampers. It also appears that the Shelby GT350 will carry over and be available in 2018.