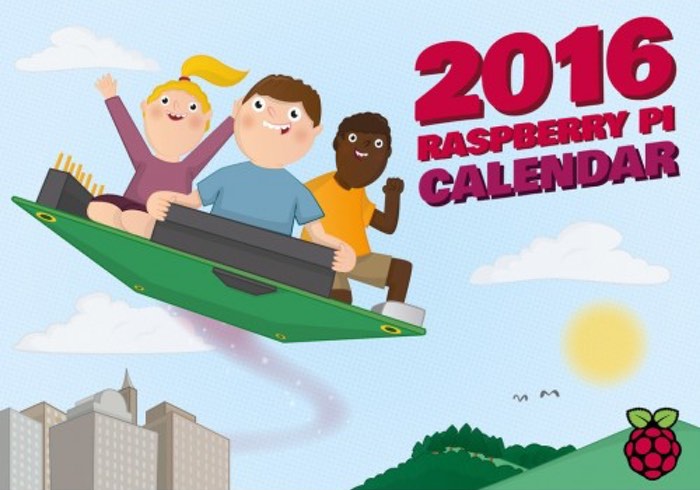 Raspberry Pi enthusiasts looking forward to the year ahead in 2016 are sure to enjoy using this awesome Raspberry Pi-themed look at 2016 which has been created by the Raspberry Pi Foundation.

The 2016 Raspberry Pi calendar includes all the important dates together with the release states of the official Raspberry Pi magazine, The MagPi.

The 2016 Raspberry Pi Calendar is now available to purchase from the Swag Shop and is currently priced at a special limited time offer at just £5.99 after which it will reset to a price of £7.99.

Ever looked at your calendar and sighed because it didn’t tell you when the Raspberry Pi’s birthday was, or when the next issue of The MagPi comes out? Want a great stocking stuffer for a Pi-obsessed kid? Or do you just really love the excellent illustrations of Raspberry Pi’s Sam Alder? If any of these pique your interest, then we have an excellent proposition for you.

Each month has a fantastic illustration, appropriately themed for the time of year but with a Raspberry Pi twist on it. To anyone buying the calendar, we’d also like to announce that we’re including a free bonus day! That’s right, for the price of 365 days, we’re throwing in 29 February absolutely free! A bargain if we do say so ourselves.