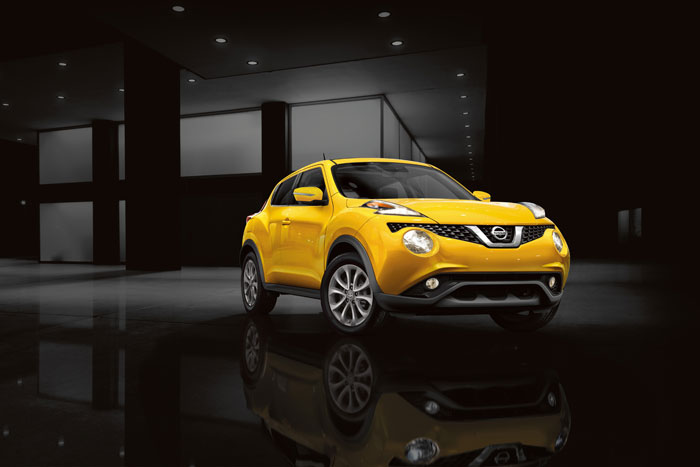 Nissan was on hand at the LA auto show to talk about a pair of 2015 model SUVs. One of the new vehicles is the all-new 2015 Nissan Murano, which will hit showrooms in December starting at $29,560. The bigger news was the refreshed 2015 Nissan Juke. For 2015, the Nissan Juke gets updated front and rear fascias. The car looks much the same as it has since 2011, but is a bit more rounded in the front based on the images.

Accessories can be chosen in body color or in a contrasting color. For 2015, the Juke also gets new standard features with a standard back up camera, Bluetooth, and standard Nissan Intelligent Key. Base Jukes received none of those features in past year models. Nissan has also announced three new colors including Super Black, Solar Yellow, and Cosmic Blue. The MSRP for the Juke starts at $20,250.