Apple will launch OS X Lion later today and it will be available from the Mac App Store, this means that the new MacBook Air’s which we have been hearing about over the last few weeks should also launch soon.

Now it would appear that the specifications on the new 2011 MacBook Air’s have been leaked and we already knew that the new Air’s would feature Intel’s Thunderbolt technology, and it looks like they will also come with the option of Intel’s Core i5 and Core i7 processors. 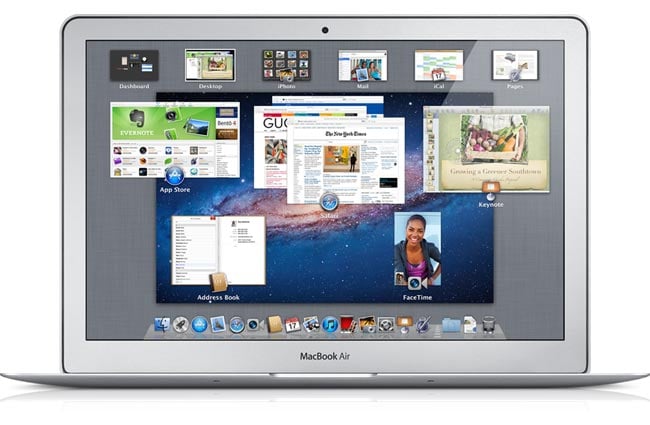 There will be two different models available, the same as last year one with an 11.6 inch display and one with a 13.3 inch display, have a look at the specifications below which were obtained by the guys from 9 To 5 Mac.

The base model will include a 1.6 GHz processor, 2 GB of RAM, and 64GB of flash storage.

The more expensive standard configuration also includes a 1.6 GHz processor but upgrades the RAM to 4GB and the storage space to 128 GB.

The base standard configuration includes a 1.7 GHz processor, 4GB of RAM, and 128 GB of flash storage

The more expensive standard configuration also includes a 1.7 GHz processor, 4GB of RAM, but upgrades the storage to 256 GB.

A built to order option will also be available and this includes a 1.8 GHz chip, 4GB of RAM, and 256 GB of flash storage

We still don’t have a launch date as yet, although they could appear some time this week or at the start of next week.