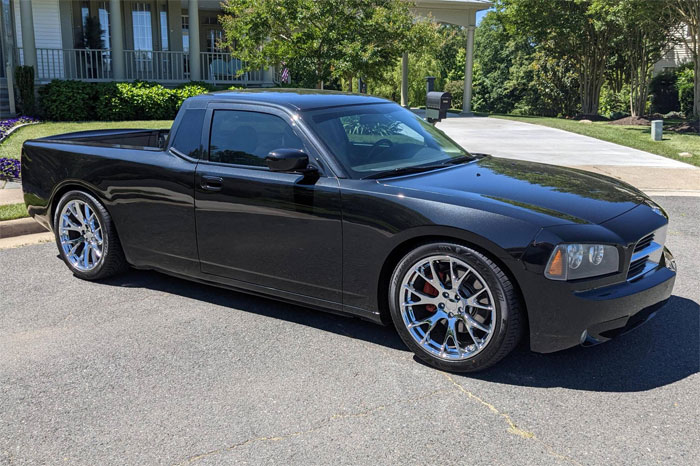 Anyone out there who was a big fan of the Chevrolet El Camino back in the day, which is notable for being part car and parked truck, might like this heavily customized 2006 Dodge Charger R/T. The Charger has been converted into a two-door, two-seat pickup that looks very much like a modern El Camino.

For those wondering, the conversion from sedan to pick up wasn’t done under a tree. It was converted by a company called Smyth Performance, known for converting other vehicles into pickup trucks. The Charger has the Hemi V-8 engine under the hood and a little over 68,000 miles on the odometer.

The V-8 engine makes 340 horsepower and 390 pound-foot of torque. The transmission is a five-speed automatic. The car is equipped with the factory Convenience Group II, leather, and a CD changer. The conversion was performed in 2020 and used fiberglass quarter panels, a steel tailgate, and a multi-panel aluminum cargo box. The car is currently bid to $12,700.