This scale replica Batmobile from the original Tim Burton Batman measures 29 inches in length and weighs in at 38 Lbs. 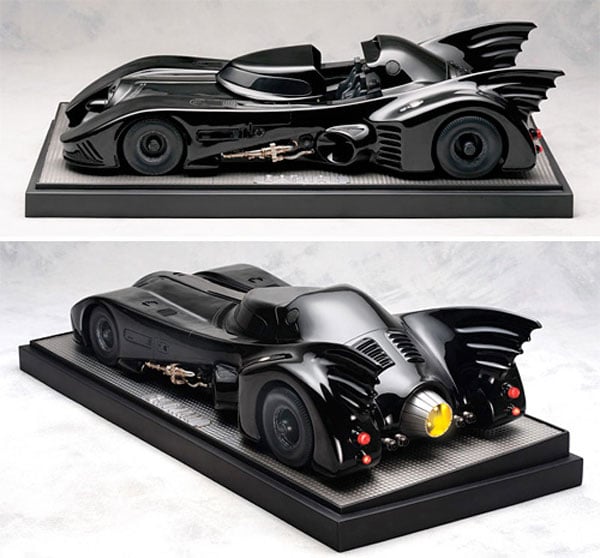 The scale replica was created using the moulds from the original 1989 Batman movie Batmobile models that were used to create the great stunts and CGI effects in the film. The replica model comes complete with LED head and tail lights and the simulated fire effect from the jet engine and the cockpit opens to reveal interior detailing.

The Batmobile replica is available to pre-order online from Sideshow Collectables. Be quick though as only 500 units are being made for worldwide distribution.