Constructing a fully operational printer is not child’s play. Try telling that to Leon Overweel, the 14-year old kid who created PriNXT, a fully functional black-and-white printer… made of LEGOs. 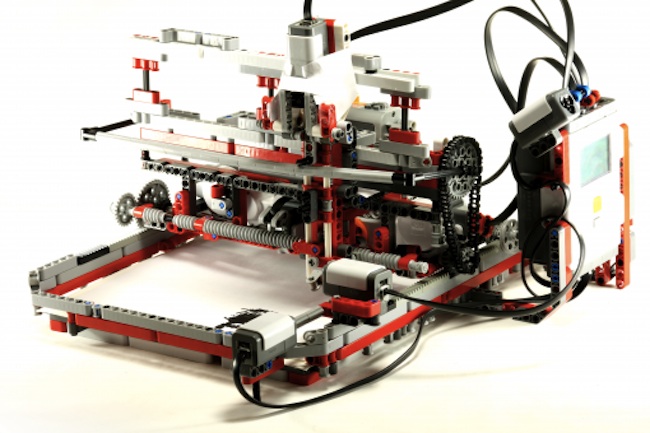 The printer operates via felt tip pen controlled by motors. The image you want to print is converted into a text file containing 1s and 0s using Paint.NET. This text file is then imported into RobotC. RobotC, by the way, is the brain of all the other robots in by Lego Mindstorms and it is based on the C programming language.

So how many motors does it take to power a PriNXT? Just three. The first to control the horizontal and vertical motion of the pen while the third one lifts and lowers it onto the page. PriNXT also has two touch sensors as well as color and light sensors.

This printer, however, is not for crammers. The total printing time for an average image (as below) is about 3 hours. The image has a resolution of 50x50 pixels.

This is not Overweel’s first time to “play” with his LEGO set. Last month, he announced his Skype-Controlled NXT Car via Skype. Was it just me or have you also heard a mob of parents rushing to their local toy stores? Here’s a video for you: