If you damage your screen on your iPhone, and need to get a replacement, Apple will charge you about $200 to fix it. It seems replacing an iPhone screen isn’t that difficult as a 10 year old has fixed his dad’s iPhone screen.

Brett decided he would be able to fix his dads iPhone, which had a cracked screen, for a fair bit less than Apple would charge, so he ordered a kit from 3gcrackedglass which cost $22.00. 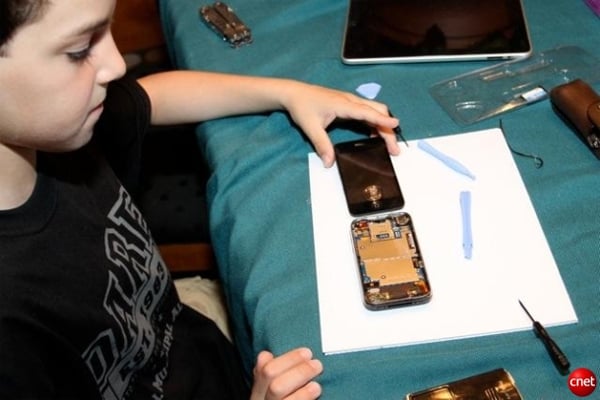 The glass was the only part damaged, the actual LCD display was fine, but if this had been taken to an Apple store it would have still cost $200. So if you break your iPhone screen it may be worth you repairing it yourself.