Apple has hit a milestone with the iPhone App Store, with more than 1 Billion downloads since the its launch in July 2008.

That is a pretty impressive figure, and shows just how popular the iPhone and the iPhone App store have become. 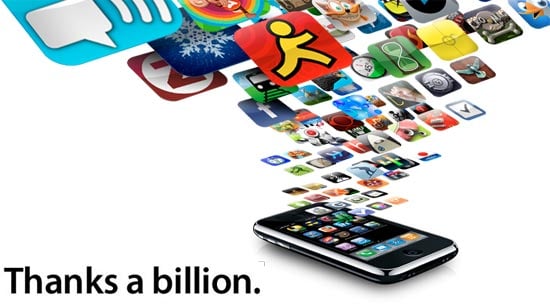 There are no details on how many of the 1 Billion Apps downloaded were paid, or free ones, but you can bet that Apple has made some serious cash from the App Store.

I wonder how many downloads they will reach by the end of the first year?