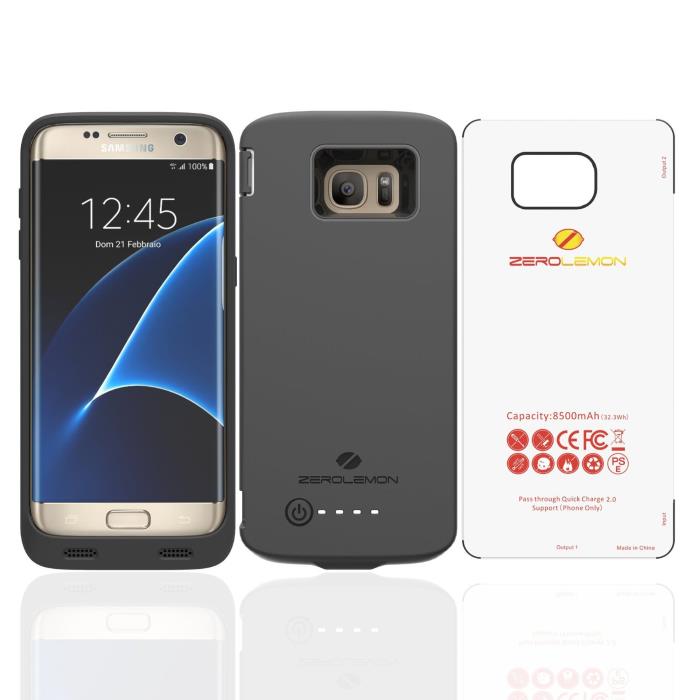 Samsung Galaxy S7 Edge comes with a massive 3,600 mAh battery on board, offering users with an excellent battery time.

If you’re still uncomfortable with the battery time, ZeroLemon has launched its new extended battery case for the Galaxy S7 Edge, which comes with a whopping 8,500 mAh battery on board.

This is more than twice as big as the original battery which ships with the handset. The case feature 4 LED lights at the bottom of the case to show users the remaining battery life of the case. One thing which may be a drawback for many users is the bulk it adds to the beautiful looks of the handset — you need a bulky battery to get that much power. If you’re fine with that, and care more about the battery time so you don’t have to suffer at important times, then it’s a pretty good option for you, but make sure to follow the charging instructions included in the manual.

The ZeroLemon 8,500 mAh battery case for Galaxy S7 Edge carries a $59.99 price tag on Amazon, instead of its official retail price of $99.99. Let us know if anyone is interested in picking up the case for their Galaxy S7 Edge.