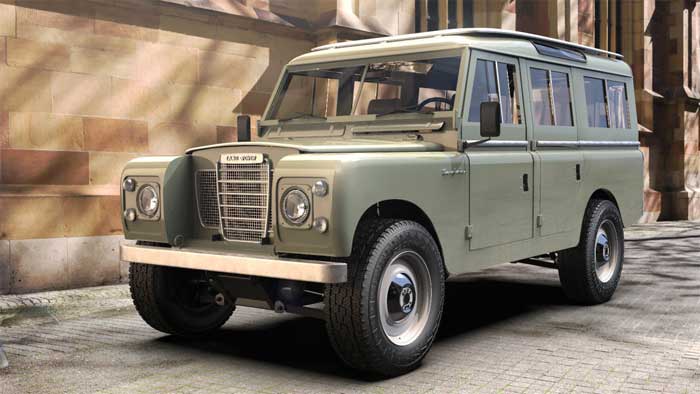 Zero Labs is more known for electrifying old versions of the Ford Bronco that anything. The company is now building a new electrified Land Rover Series 3. Buyers will be able to purchase a 1971 through 1985 Land Rover Series III that’s been completely restored.

Zero Labs will offer the Classic or Beach versions. The Classic is a traditional hardtop SUV while the Beach version has a removable hardtop or removable soft top. Both versions have significant reengineering, including independent suspension all around. There is a bit of mystery about the Land Rover, but the powertrain is thought to be the same used in the Bronco.

That would mean the choice between an 85 kWh battery or a 100 kWh battery. A version with the largest battery is expected to get around 235 miles of driving range. Buyers will be able to select a single 300 hp motor for the rear axle or all-wheel drive with a second 300 hp motor for the front. The Classic and Beach trams start at $185,000 before options are customization.