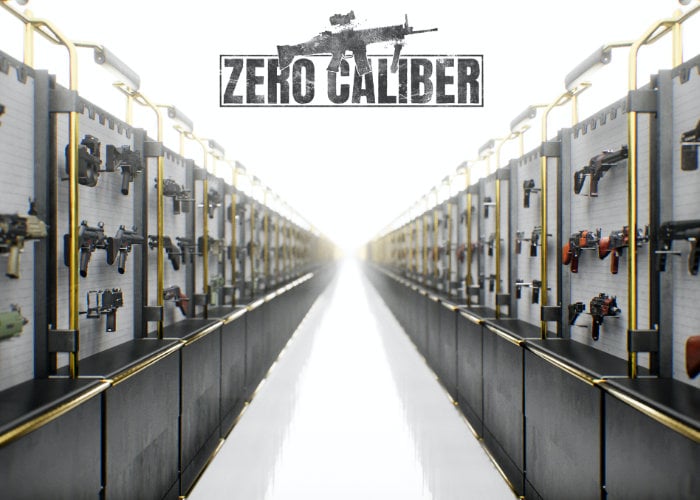 Zero Caliber is a modern military focused first person shooter (FPS) offering gamers both with solo and co-operative team play as well as PvP modes. Developed and published by XREAL Games Zero Caliber has been available to play for just over 12 months and are supported by the Valve Index, HTC Vive, Oculus Rift and Windows Mixed Reality headsets. Check out the live stream created by the UploadVR team below to learn more about what you can expect from the Zero Caliber VR FPS.

The story brings the player to a dystopian United States in the not too distant future where physics-based interaction combined with hyper realistic weapon handling and stunning graphics will make you feel like you’re physically part of the action. Fight either alone, or with your friends throughout the whole campaign, which is fully playable in Co-Op.

Handle, aim and reload your weapons with real-life movements! We modeled the in-game weapons based on their real-life counterparts paying extreme attention to detail. Each weapon has its unique reloading method that you have to learn and practice to fully master them.
If you fancy explosions, just grab a grenade and throw it at the enemy. After you pulled the pin of course.

Stay in the open for too long and you’re dead. Try to find cover instead, duck, crouch, sneak, peek around a corner, clear obstacles with real-life movements. Military combat isn’t all about shooting. Being aware of your surroundings, the terrain, and working together with your squadmates are all part of a successful mission. Don’t let your fellow soldiers down!