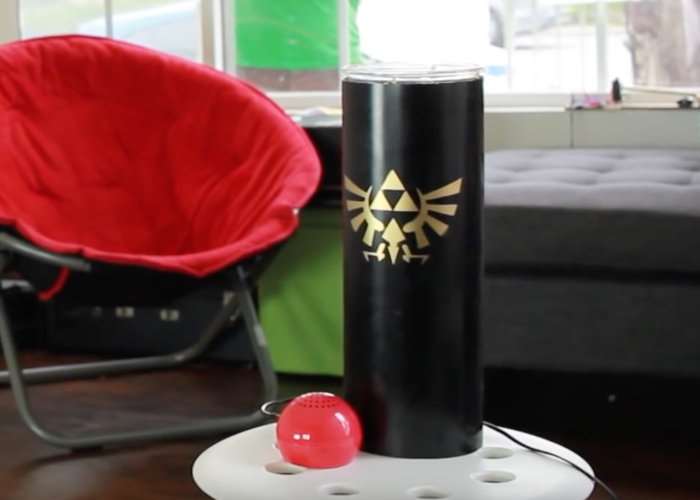 Watch the video below to see how the home automation system can be controlled using Raspberry Pi to detect and recognise key tunes from the game. For example playing Zelda’s Lullaby (E, G, D, E, G, D), for instance, Allen can lock or unlock the door to his house.

With Zelda: Breath of the Wild out on the Nintendo Switch, I made a home automation system based off the Zelda series using the ocarina from The Legend of Zelda: Ocarina of Time.

It’s a fairly simple setup based around note recognition. When certain notes are played in a specific sequence, the Raspberry Pi detects the tune via a microphone within the Amazon Echo-inspired body of the build, and triggers the action related to the specific task. The small speaker you can see in the video plays a confirmation tune, again taken from the video game, to show that the task has been completed.

As for the tasks themselves, Allen has built a small controller for each action, whether it be a piece of wood that presses down on his car key, a servomotor that adjusts the ambient temperature, or a water pump to hydrate his plants. Each controller has its own small ESP8266 wireless connectivity module that links back to the wireless-enabled Raspberry Pi, cutting down on the need for a ton of wires about the home.

If you are interested in home automation hubs our guide maybe able to help you make the right choice.