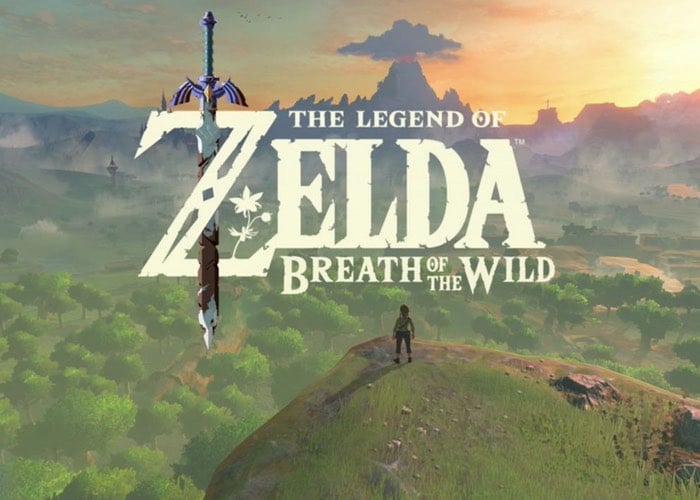 The highly anticipated Zelda Breath of the Wild which was showcased at this year’s E3 2016 games conference and is set to launch sometime next year hopefully in conjunction with the new Nintendo NX console, about which very little is known of the present time.

If you are interested in seeing how the new open world game performed on the fairly low powered Nintendo Wii U console check out the video below to see how it copes with all the features and open world effects that Nintendo has put into the Zelda Breath of the Wild game.

Nintendo has been aiming to reach 30 frames per second on the Nintendo Wii U console for Breath of the Wild but as you can see in the video below this tends to drop as soon as any action starts occurring such as combat and physics. But to Nintendo’s credit the frame rates do level back out very quickly after dropping during these heavy processing moments. Eurogamer explains a little more :

As this is Wii U, it should be no surprise that Zelda operates at 1280x720 with little to no edge-smoothing. While screenshots definitely show very limited smoothing, our impression while playing the game was less favorable – though this is due in part to the poorly calibrated televisions used to demonstrate the game. This is exacerbated by the reliance on trilinear texture filtering, which – at its worst – can reduce texture quality to a blurry soup at even a moderate angle.

Obviously, there are some things to keep in mind when assessing the current situation. First and foremost, we’re still more than nine months away from release, leaving plenty of time for improvement. While Nintendo is known for optimising its tech early in development, this is a project much larger in scope than EAD is used to tackling so we’re hopeful that the final product will see improvement. What we’re presenting here is just a snapshot of the game in progress, after all.