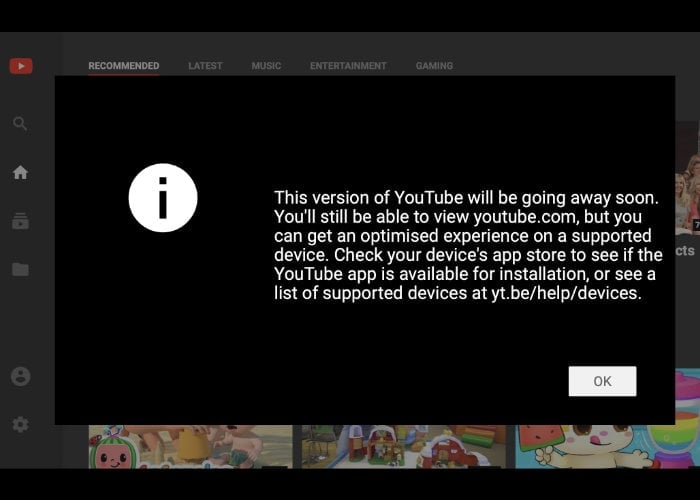 It has been revealed this week that YouTube is bringing to an end its web-based TV interface which was originally launched back in 2010 as the ‘Leanback’ interface. Originally created as an automatic playback client allowing users to access YouTube videos without the need to search and navigate through reams is now being discontinued and access revoked.

Visiting the YouTube TV interface and service now presents a message explaining that : “This version of YouTube will be going away soon. You’ll still be able to view youtube.com, but you can get an optimised experience on a supported device.”

Its not clear at the current time why YouTube might be pulling the web application but speculation is circulating that it could be an attempt to discourage device makers from circumventing its official YouTube application by utilising browser access. Corbin Davenport from Android Police explains his thoughts on the closure :

“It seems likely that this is an attempt by Google to limit streaming boxes, home theater PCs, and other TV-based devices from accessing YouTube unless there is some of licensing agreement between the manufacturer and Google. Since the leanback interface is simply a web app, it could be used on Raspberry Pis, home theater PCs, smart TVs with a web browser, and much more.”