YouTube has today launched a new video editor to provide you with a quick and easy way to edit existing and already published videos without the need to re-upload them. The new editor has been added in addition to the the existing editor that is currently within the TestTube labs area.

The new YouTube video editor includes 14 new effects which you can use to enhance your video. Together with other basic editing functions such as trim, rotate, brightness/contrast, colour temperature, and saturation. Watch the video after the jump for a walk through. 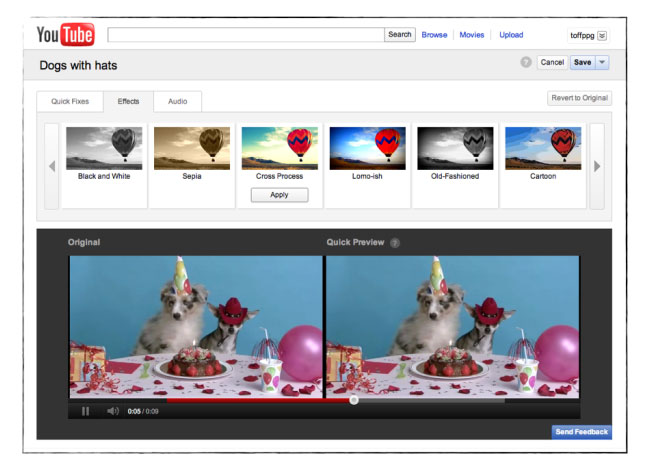 To edit your videos simply uploaded them as usual and press the “Edit Video” button to begin editing.