This month YouTube celebrates its sixth birthday after being launched back in 2005 and will be celebrating even harder with the news that last weekend it passed the 3 billion views a day mark, a 50% increase over last year.

To put this in to some sort of perspective YouTube compares it to, “ the equivalent of nearly half the world’s population watching a YouTube video each day, or every U.S. resident watching at least nine videos a day.” Wow.. I wonder what the bandwidth bill is for that sort of traffic would be? 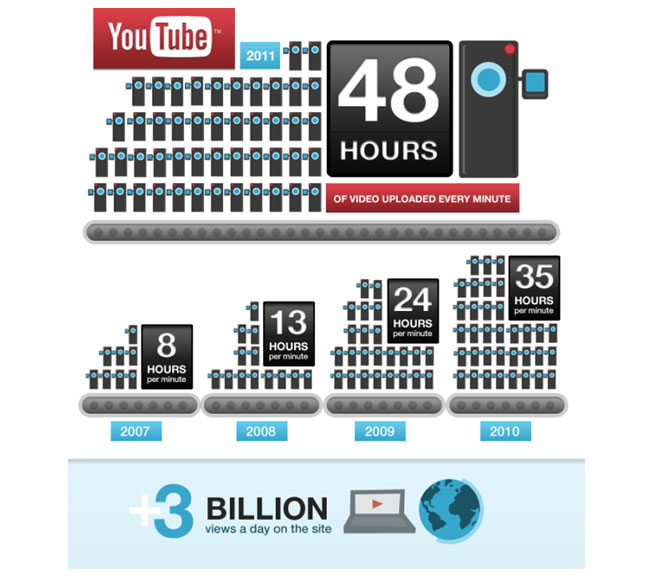 Google’s YouTube also asks the question  “when will we reach 72 hours a minute, or 4 billion views a day?”. What are your thoughts, add your date below?