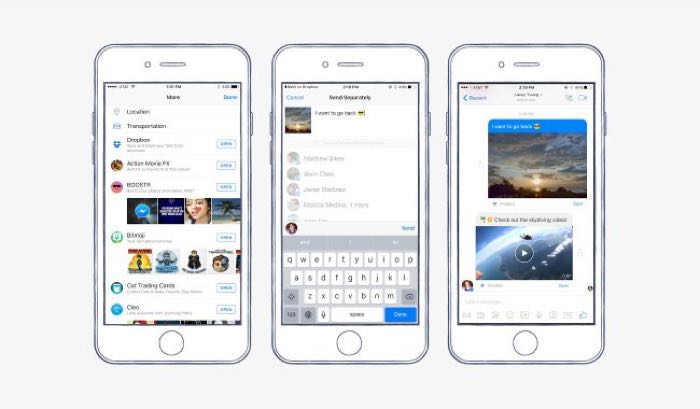 Dropbox has announced that you can now share Dropbox files through Facebook Messenger, the new feature works on both the iOS and Android versions of Messenger.

When you hit the More button in Messenger you will now see Dropbox as one of the sources and you can share any file from your Dropbox account in Messenger.

Videos and images—including animated GIFs—will be displayed directly in your chats. For everything else, tapping Open will bring recipients to the Dropbox mobile app, where they can preview and save files. It’s a quick, simple way to share vacation snapshots, home movies, and laugh-worthy memes with any of the 900 million people using Messenger—whether they’re Facebook friends or not.

“We want people to communicate just the way they want to on Messenger, with everyone they care about,” said Stan Chudnovsky, head of product for Messenger. “Giving our users the ability to share their Dropbox videos and images in Messenger threads with just a few taps will help them bring more style and personality to those conversations.”

You can find out more details about the new Dropbox sharing feature in Facebook Messenger at the link below, you will need to install the updated Dropbox app on your device.