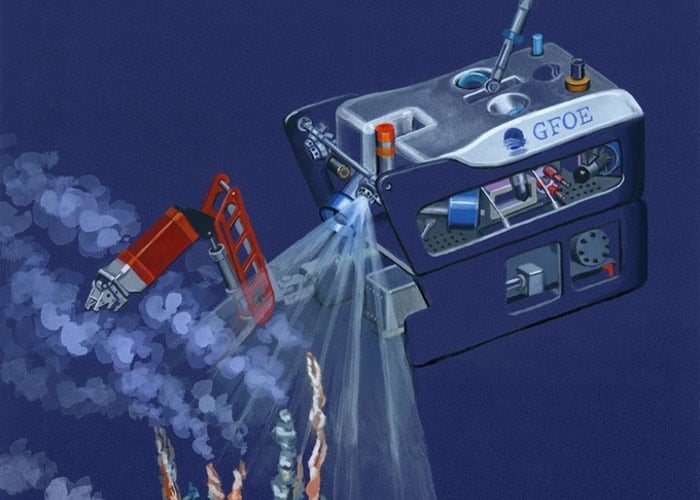 A team of researchers at the Global Foundation for Ocean Exploration are hoping to explore the depths of Yellowstone Lake using a submersible robot they have created which they have aptly named Yogi.

The team of engineers and explorers are hoping to help Yellowstone scientists research the depths of the lake with the aim of uncovering new discoveries that could be lurking in the deepest recesses of Yellowstone Lake.

Check out the promotional trailer below to learn more about the submersible robot that the team will be using, if their successful Kickstarter campaign raises the $100,000 its requires over the next 22 days.

Yellowstone started a proud tradition of protecting our planet’s most unique environments when it became the world’s first National Park more than a century ago. However, there is a part of Yellowstone that very few people have visited. An entire ecosystem that is hidden from us at the surface. A place that scientists are eager to study and may harbor unknown life; the depths of Yellowstone Lake.

We now know that the bottom of the Lake is far from barren, hosting species of crustaceans, sponges, and even small creatures that feed off of the Earth’s heat and chemistry rather than the Sun. ‘Thermophilic’ (or hot water-loving) microbes thrive in the relatively high-temperatures immediately surrounding active thermal features at the bottom of the Lake and scattered throughout Yellowstone Park. These creatures may be microscopic but they have the potential to profoundly influence the medical and biological sciences.

It is estimated that less than 1% of Yellowstone’s microbes have been identified so far and it’s hard to predict what might be learned from those that have yet to be discovered. Many of these unknown species could be at the bottom of Yellowstone Lake right now, but the National Park Service does not have the tools needed to thoroughly characterize the Lake’s deep water ecosystem on their own.

With your help we plan to support the National Park Service by building and operating “Yogi” the Robot, which will be capable of gathering the data they need to more thoroughly understand this unique ecosystem.

For more information on the new Yogi submersible robot jump over to the Kickstarter website for details and to make a pledge following the link below.