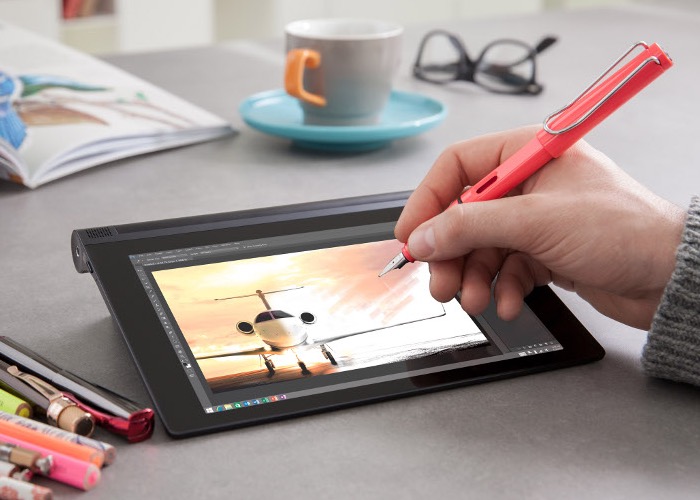 At the 2015 International Consumer Electronics Show in Las Vegas this week Lenovo has unveiled a new addition to their range of tablets in the form of the 8 inch Yoga 2 Windows tablet that is now equipped with a new stylus technology that Lenovo has developed called Lenovo AnyPen.

AnyPen has been developed by Lenovo to allow the tablet to use almost any pain as a writing tool allowing users to sketch or create handwritten documents using anything that may be handy.

Users will find this technology especially handy because smaller screen devices require more precise navigation than a finger. At the same time, Lenovo AnyPen Technology eliminates having to replace lost designated touch screen only styluses and the expense of purchasing one separately.“

The new Yoga 2 Windows tablet is expected to be available later this month to purchase for around $299 and comes supplied running Microsoft’s Windows 8.1 operating system and is equipped with an Intel Atom processor together with a battery that is capable of providing up to 15 hours of life from a single charge.