Yamaha has launched a new digital sound projector, the Yamaha YSP-5100, which is designed to be used with your home theater equipment, and it can be used with HDTV’s up to 50 inches.

The Yamaha YSP-5100 is also compatible with your video projector, and it supports 7.1 surround sound and it is compatible with dts ES, dts-HD, Pro Logic II/x and Dolby TruHD/Digital Plus/Digital/ Digital EX/Pro Logic. 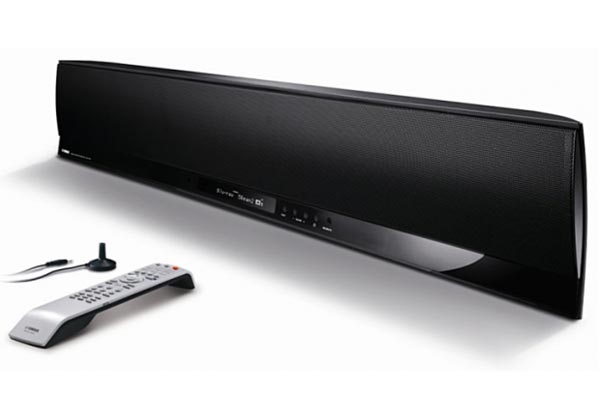 The Yamaha YSP-5100 features a total of 120W and comes with five HMDIU interfaces, plus there is also an iPod port and an extra connection to add a subwoofer.

The Yamaha YSP-5100 Digital Sound Projector will go on sale in Japan later this month for about $2,280, there is no word on when we will see it in the US and Europe.