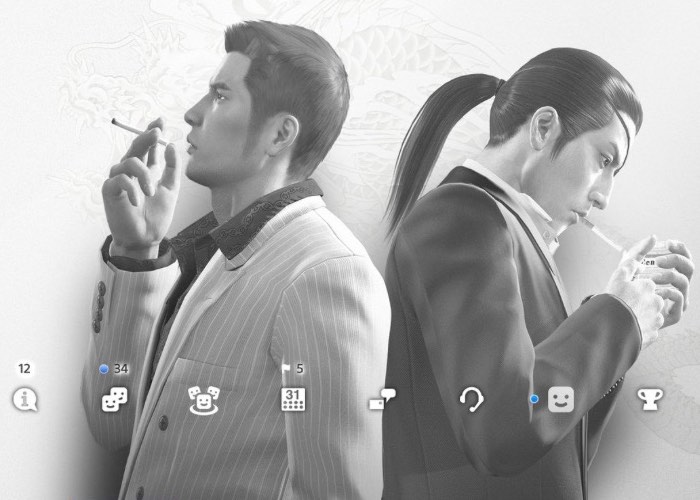 John Hardin from SEGA has taken to the official PlayStation blog this week to reveal details about the new Yakuza 0 The Business Edition version of the game that includes a business card holder and three cards.

For those who pre-order and secure a copy the Yakuza 0 a special edition has been created in the form of, The Business that offers a stainless steel business card holder finished with Kiryu’s Dragon tattoo and Majima’s “Hanya” tattoo designs. 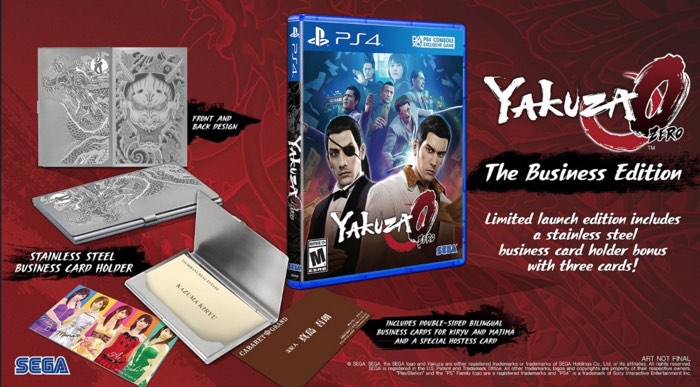 In Yakuza 0, Tokyo circa 1988 is the stomping grounds of our boy Kazuma Kiryu — just 20 years old — who’s just joined the ranks of the Dojima Family. Y’know, one of the most powerful yakuza crime syndicates in all of Kamurocho, the most prominent red-light district of Tokyo.

One cold December night, he gets handed a job befitting a newcomer to organized crime: go collect this measly 300 grand debt (That’s in Yen, mind you… that would have been around $2,450 in 1988 or just shy of $5k today, adjusting for inflation) from this sad sack of a dude, and deliver the money to the loan shark waiting for it. Pretty standard fare when it comes to that “first-day-on-the-job” task for yakuza.

Jump over to the official PlayStation blog via the link below, for more details on what you can expect from the Yakuza 0 game when it launches on PlayStation 4 early next year on January 24th, 2017.